Our highly efficient photocatalytic functional coatings FN NANO®  comply with the requirements of the valid Czech and European (EU) legislation and are certified by the TZUS (The Technical and Test Institute for Constructions Prague SOE). 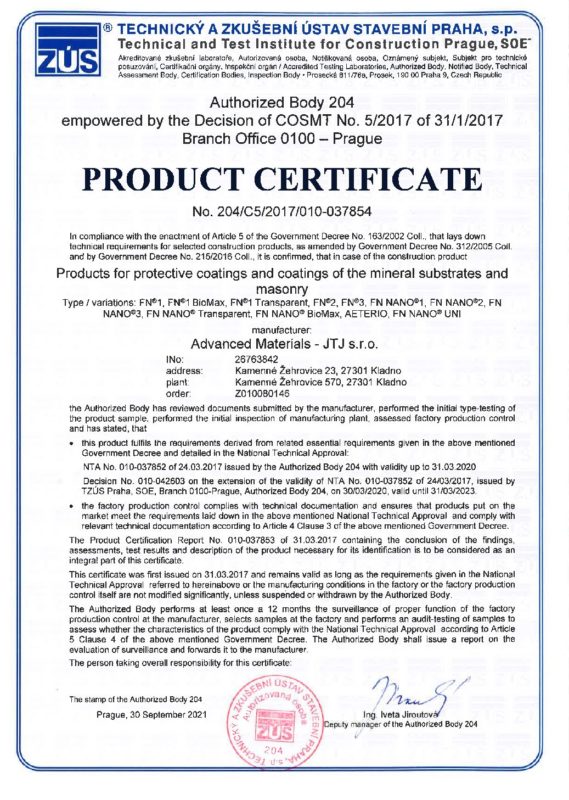 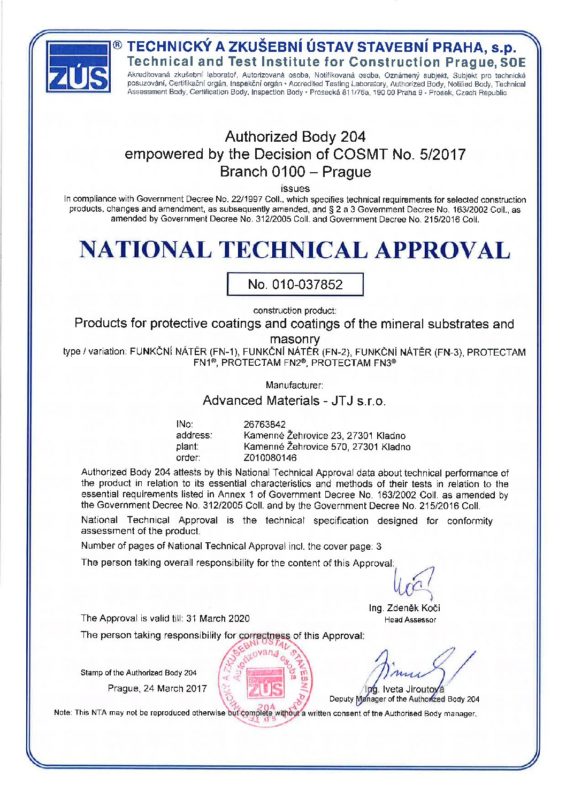 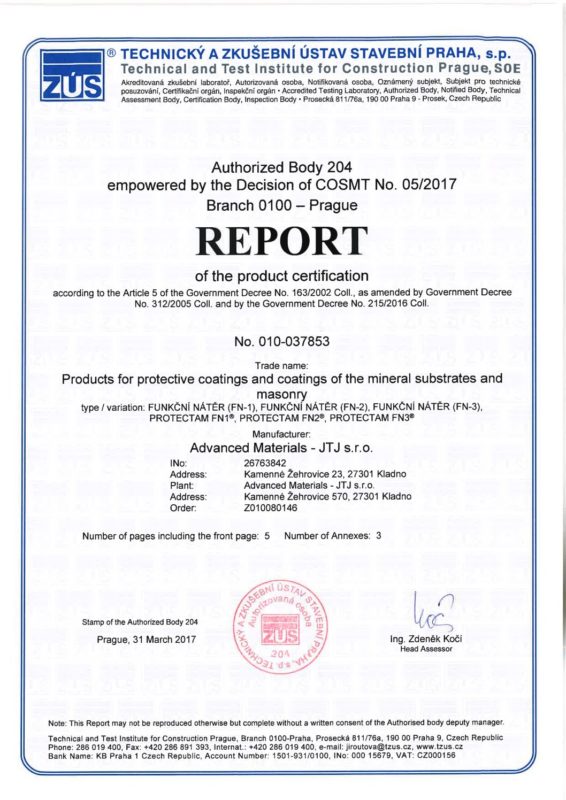 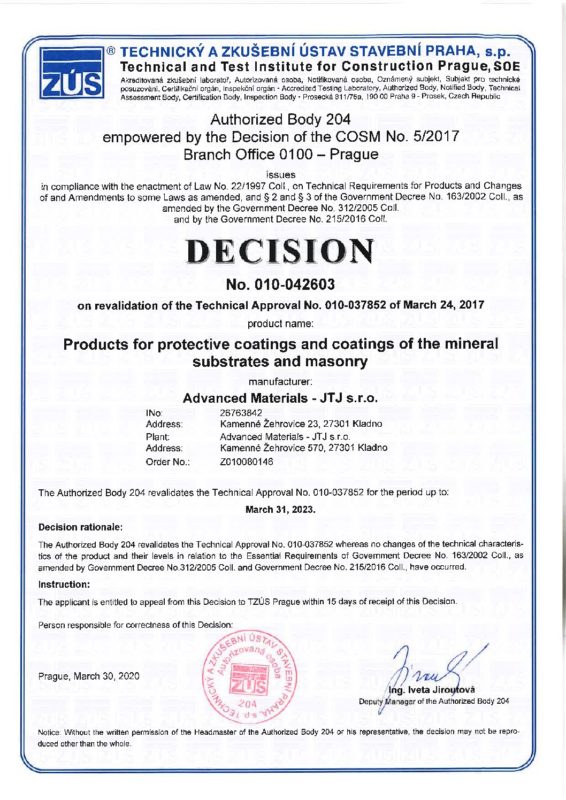 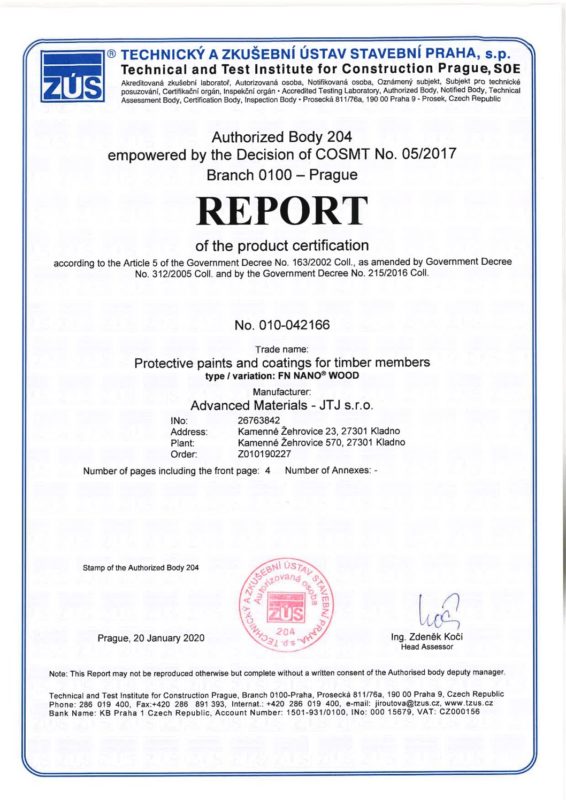 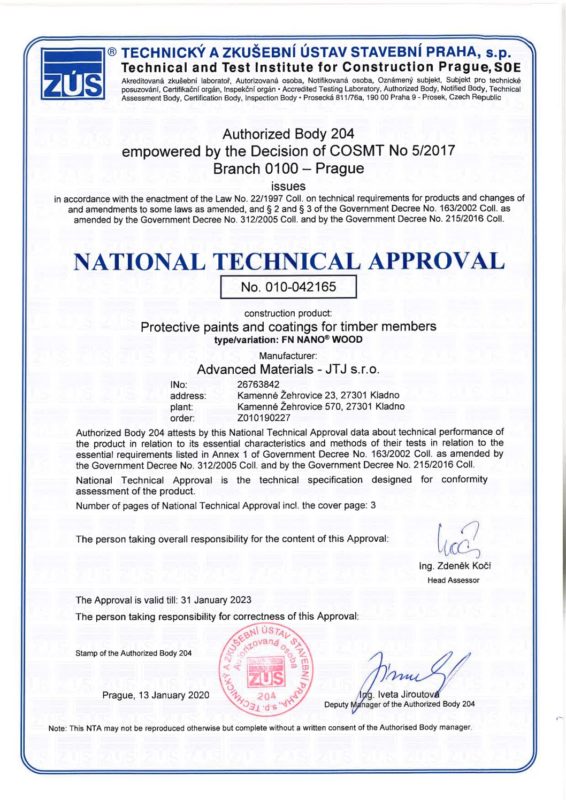 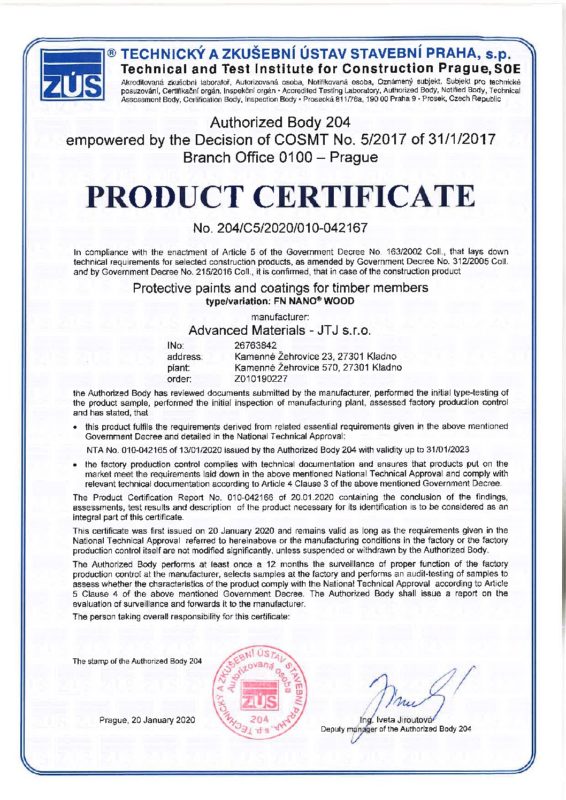 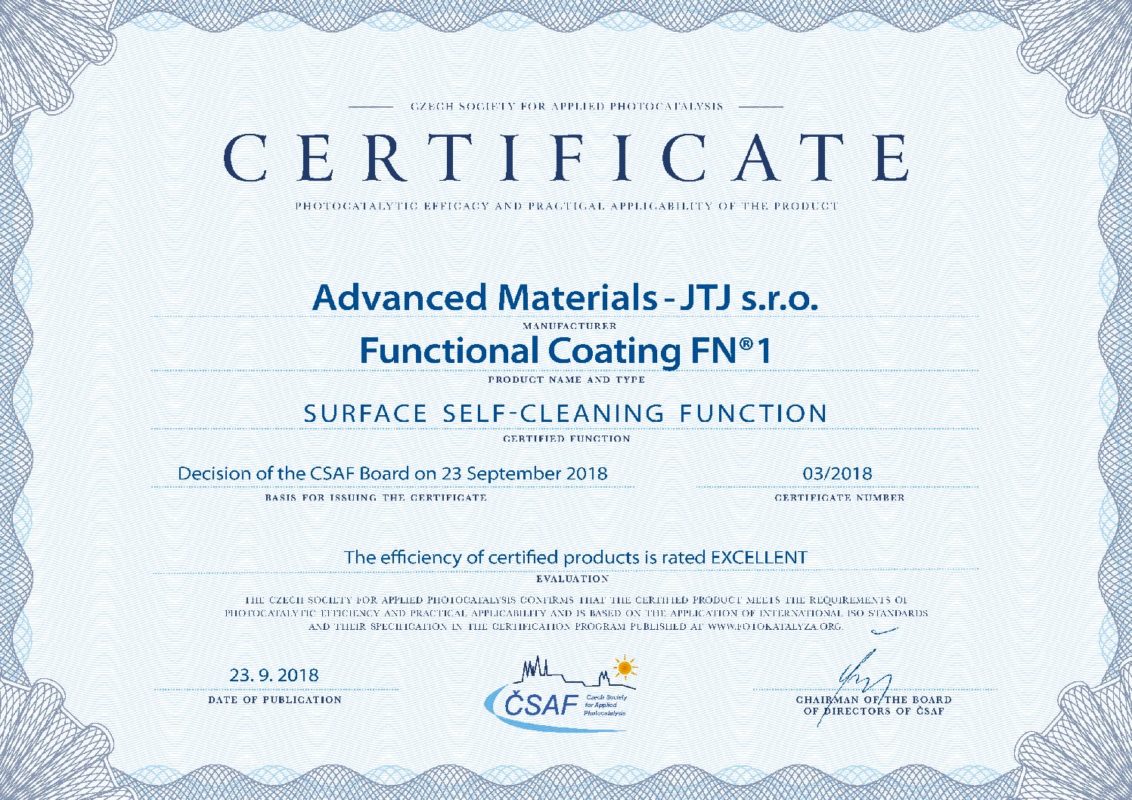 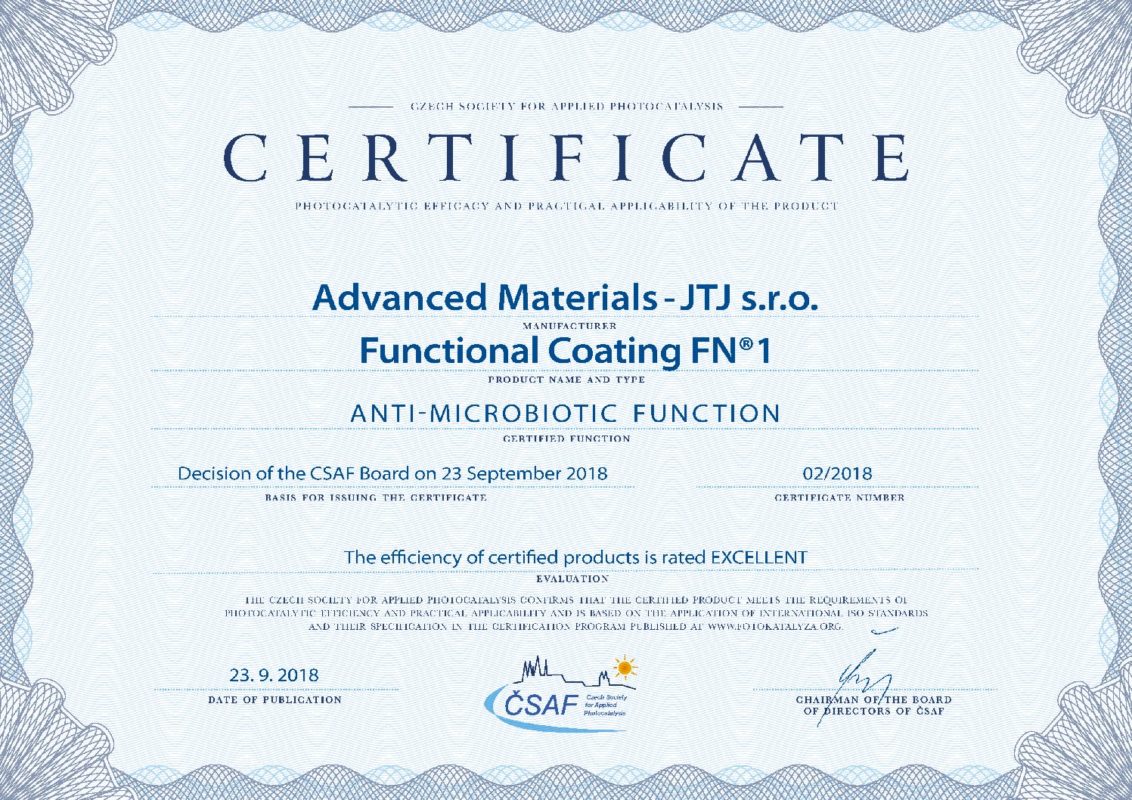 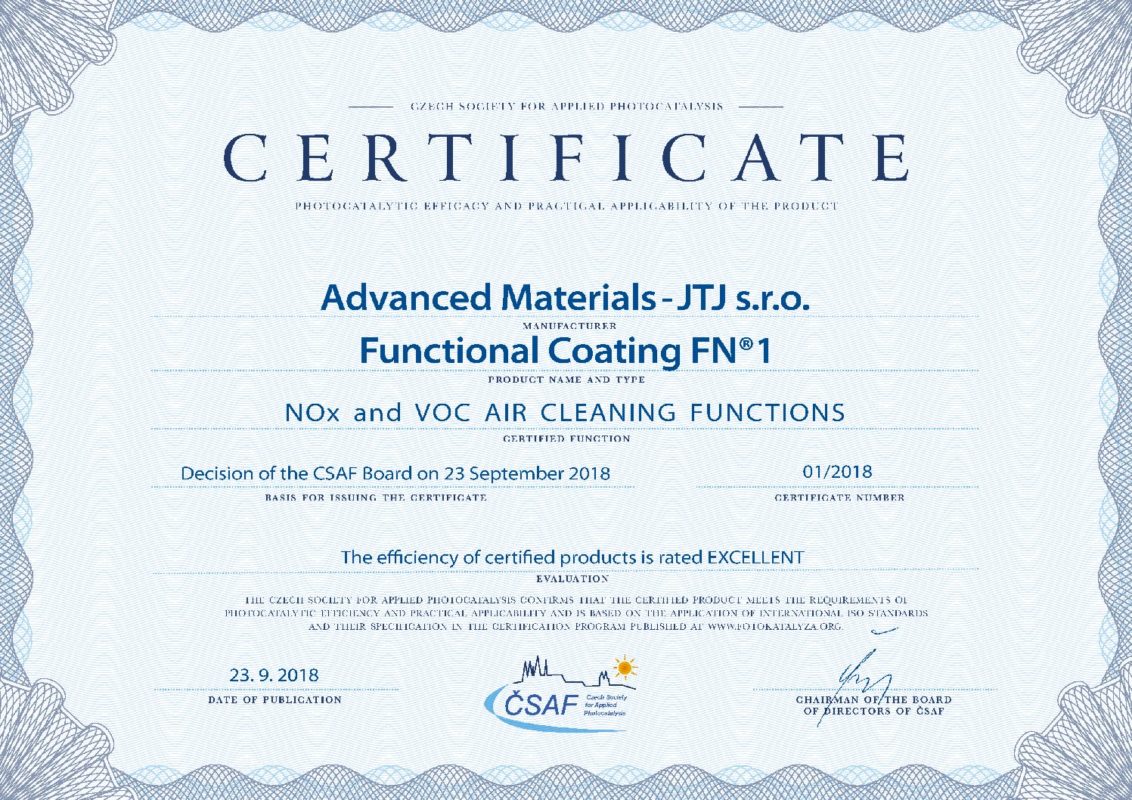 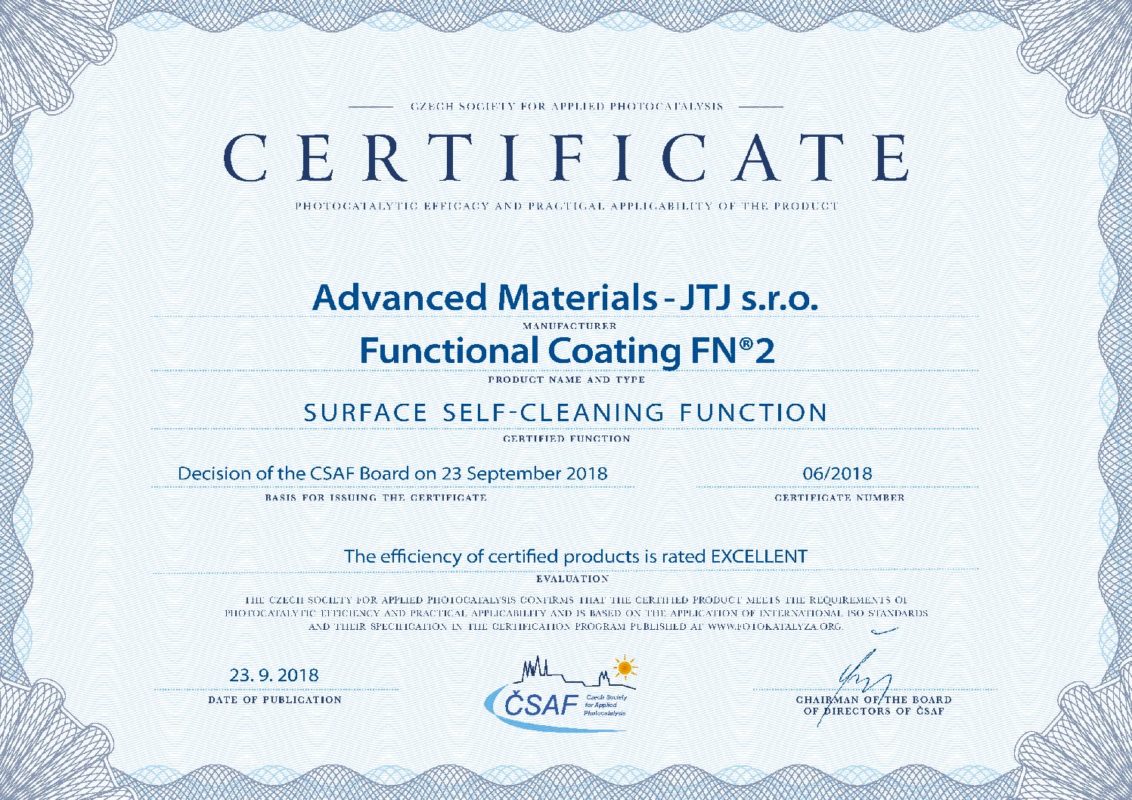 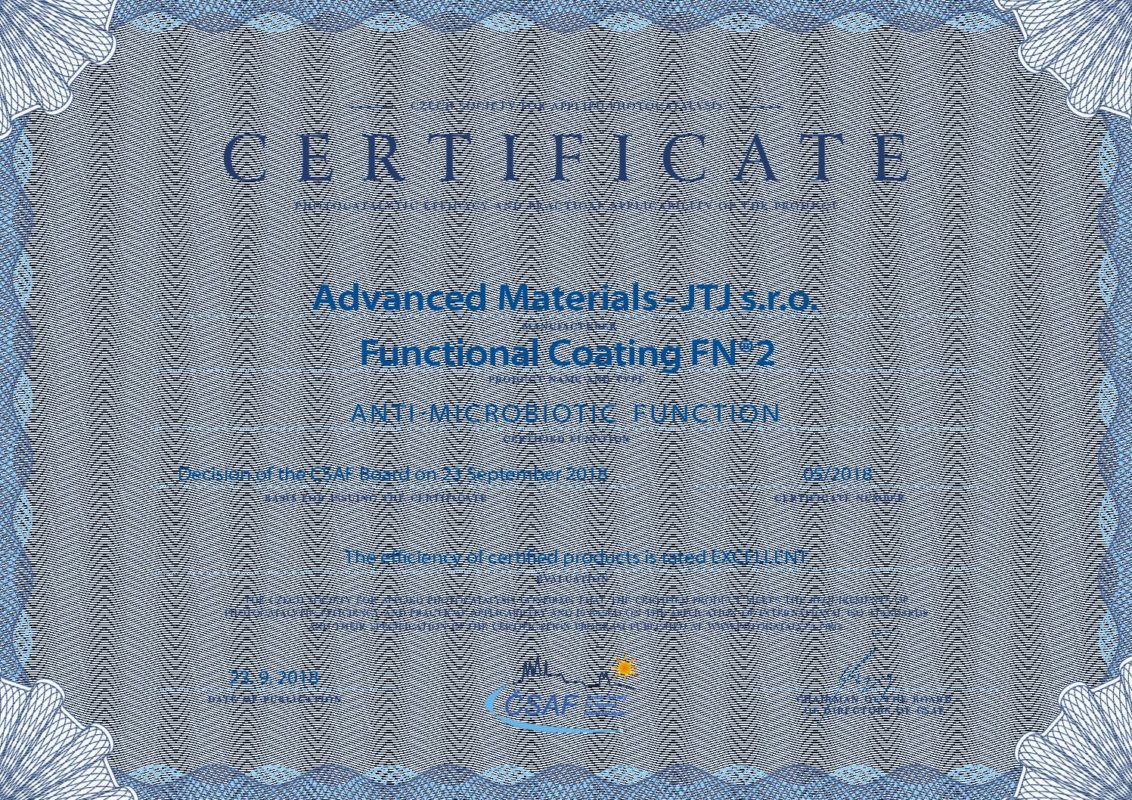 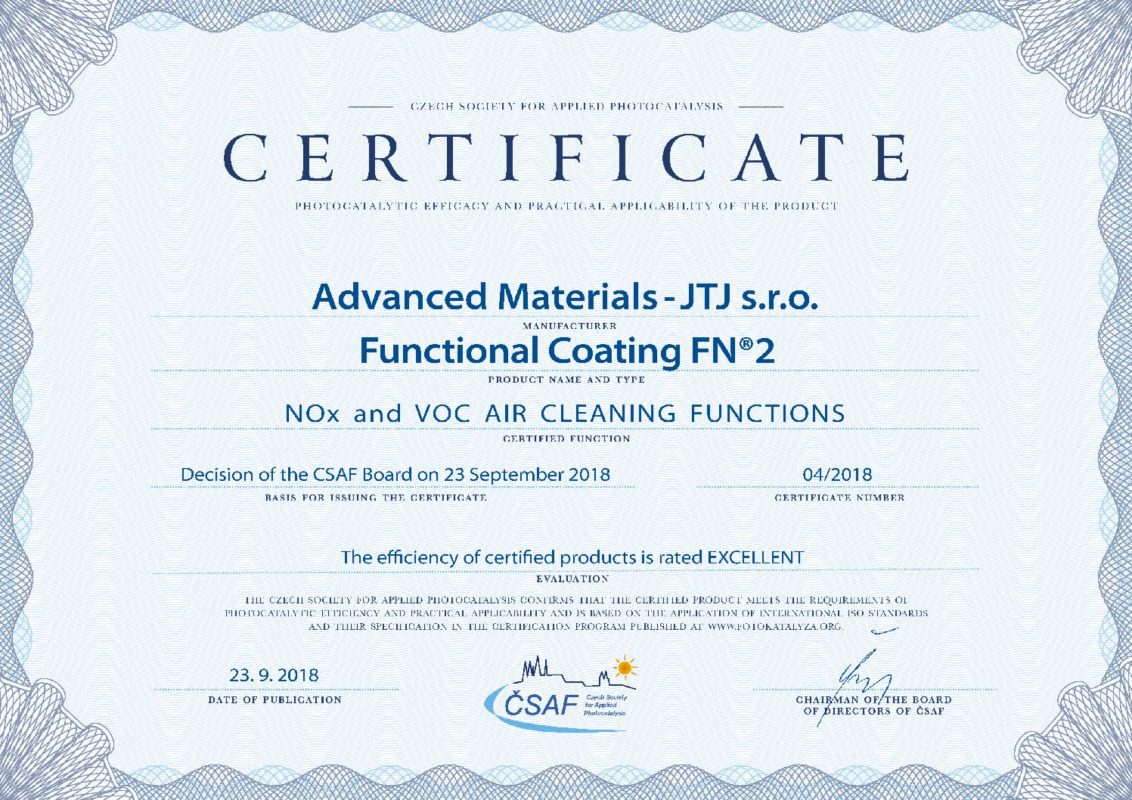 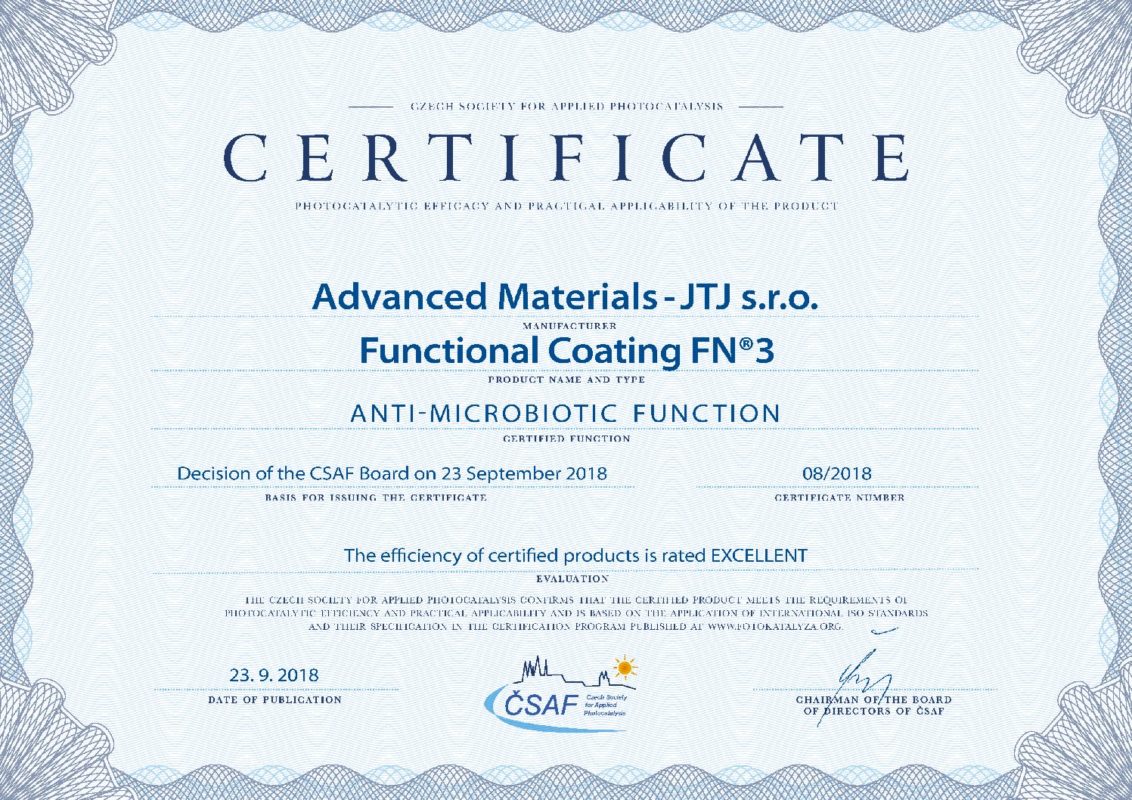 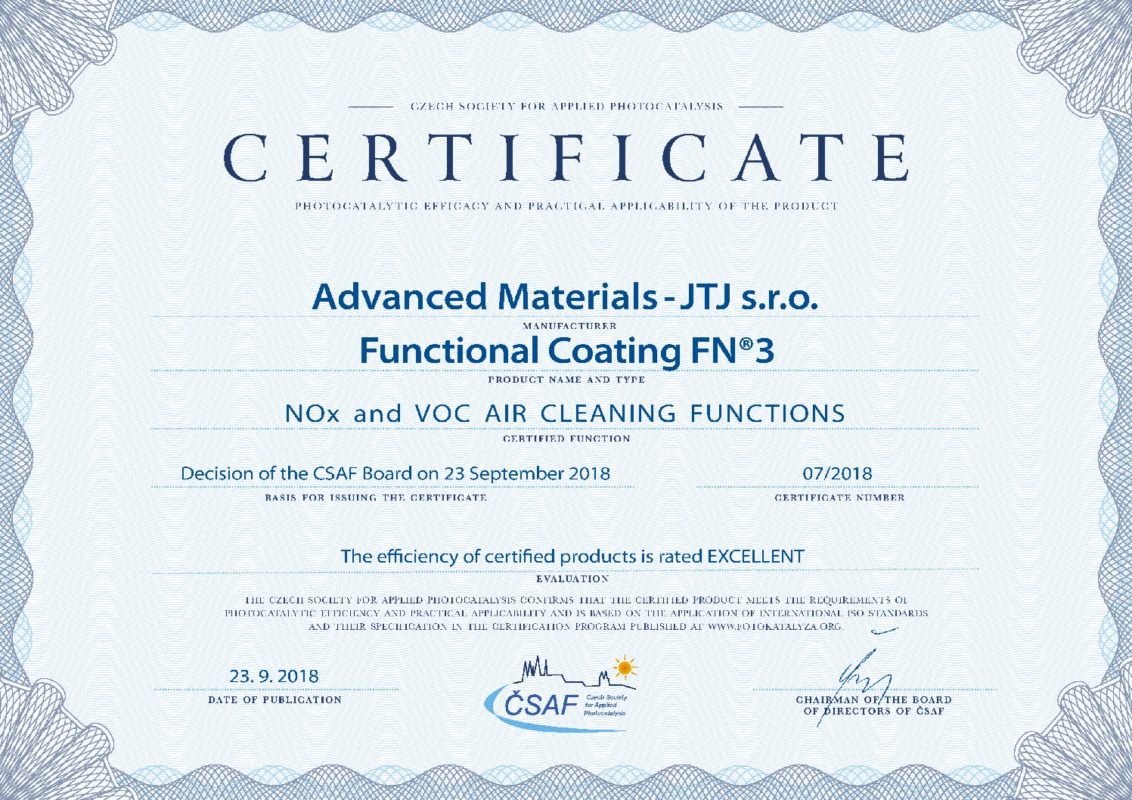 NOTICE: The company has re-branded the registered FN® brand for commercial reasons on the 1. 10. 2021. Currently, two registered brands are used, the international FN NANO®  and the Czech FN®. It has simplified the trade name by deleting the word “Protectam” and uses the designations FN® 1, FN® 2 and FN® 3 or newly FN NANO® 1, FN NANO® 2, FN NANO® 3, FN NANO® BioMax, FN NANO® Wood and FN NANO® Aqua. In addition to the basic product designation functional coatings FN®, all documents also mention the trade name Protectam, which is no longer in use and will be gradually replaced by the above-mentioned simplified name FN NANO®.