How to apply FN® Coatings 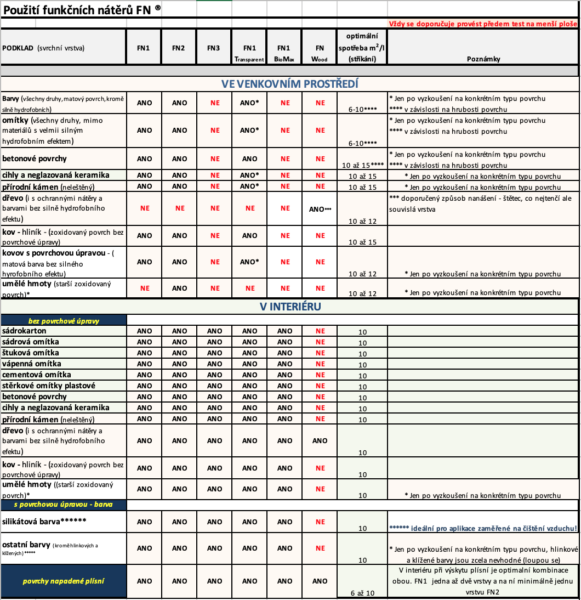 How to Illuminate with UV lighting

How and when to illuminate with UVA light

In order to ensure the functionality of the photoactive layer formed, it is essential that  daylight is impinging on the surfaces treated with the FN ® functional coating , or by providing an artificial source of ultraviolet (UVA) light. For lighting, we recommend using UVA sources and intensity that are totally harmless to human and animal health in the areas where this lighting is used. To give you an idea: in the winter months, when the sky is cloudy, the intensity of UV light in daylight is 10 times higher than the recommended values ​​for lighting our paints in the interior .

Outside, throughout the year (including winter months) in daylight (even in the shade), the amount of UV radiation that provides the full photocatalytic cleaning performance of the FN ® coating is included .

However, the situation inside the building is different. There is no daylight in a number of spaces, and very little ultraviolet radiation penetrates through their glasses where there are windows. If we want to ensure good photocatalytic paint functionality even in the interior, where there is not enough UV light from daylight, it is necessary that the painted surface is illuminated by ultraviolet light of 355 – 375 nm (UVA).

Even though shorter wavelength ultraviolet light activates the photocatalytic process, it can damage your health. Therefore, the use of UV sources called UVB and UVC is not recommended.

We always install the light source so that the light is directed to the photocatalytic surface created by FN ®coating:

Diagram of possible illumination of room ceiling with UV light: 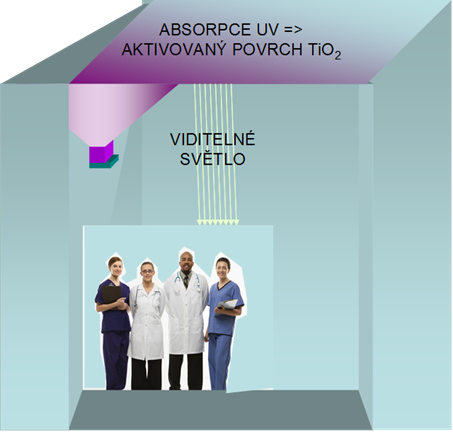 The minimum power of the source in relation to the illuminated area is governed by the UVA lamp according to the 1W electrical power supply rule per 1m 2  illuminated area. The minimum intensity of UV-A radiation to ensure the functionality of the photocatalytic surface is 0.2W / 1m 2 . The higher the intensity of UV radiation falling on the photocatalytic surface, the better its surface is able to break down the pollutants in the air and dispose of microorganisms. All too bad. This also applies to the use of UVA radiation whose intensity should not be increased above 2W / 1m 2 . It is equally important to follow the light source manufacturer’s instructions and make sure that when using high-power UVA luminaires, the light is directed to FN-painted surfaces and does not shine directly into people’s eyes.

For effective lighting, it is important to pay attention to selecting a suitable lamp in which a fluorescent lamp or other UVA light source is placed. The UV light source should not be covered with a glass or plastic cover, which usually (if not a special material) shields a significant portion of the UV light. The luminaire should also include an aluminum reflector, because the reflectors made of iron and other UV materials are poorly reflected or absorbed. This then prepares us for the necessary light output.

Examples of UVA lighting in interiors: 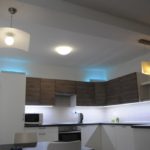 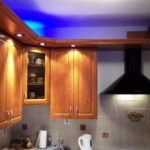 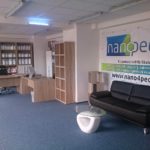 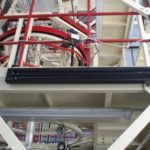 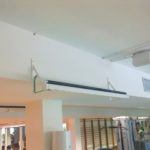