Our cat toilet removes unpleasant odors after completing the needs of your cat. It contains air purifier system PhotoCat FN® which effectively destroys odor molecules. Used toilet do not then emit unpleasant odors.

Toilet has an easy entry – a semitransparent  slightly open, screen door. That do not let in too much light. Above is a firm handle for convenient carrying of the toilet. Easy cleaning toilets is also simple thanks to the mooring system.

PhotoCat FN® system is completely noiseless, without having to change filters.

However, Using PhotoCat FN® does not eliminate the need to keep the toilet clean. The bottom part of the box should be cleaned regularly. The box is spacious and therefore ideal for homes with multiple cats. Toiletis easily transmitted via the built-in handle. Use standard mineral absorbent litter. It contains a scooper waste and replacement lamp lighting activation. It aggressively and actively eliminates the odor.

632/5000
The activated surface of the functional coating FN® also effectively degrades the molecules of unpleasant odors that get into the air thanks to our pets. We offer you a solution to eliminate the unpleasant odor after you need your cat. The inner part of the upper part is equipped with a special nanotechnological surface FN®, which efficiently reduces unpleasant odors and prevents bacteria, viruses and other microorganisms from depositing on it with the help of light energy of 360-370 nm. The light energy to activate the FN® surface is provided by a built-in energy-saving fluorescent luminaire. Energy consumption is negligible.

The activated functional surface coating FN® effectively degrade and unpleasant odor molecules that get into the air and through our pets. We offer solutions eliminate unpleasant odors after completing the needs of your cat. The inner portion of outer member is provided with a special surface FN® nanotechnology, which uses light energy of wavelength 360 to 370 nm effectively reduces odors and prevents the deposited thereon and proliferated bacteria, viruses and other microorganisms. Light energy to activate FN® surface provides a built-in energy-saving fluorescent lamp. Energy consumption is negligible

It destroys allergens and bacteria

And without chemistry, only a physical effect 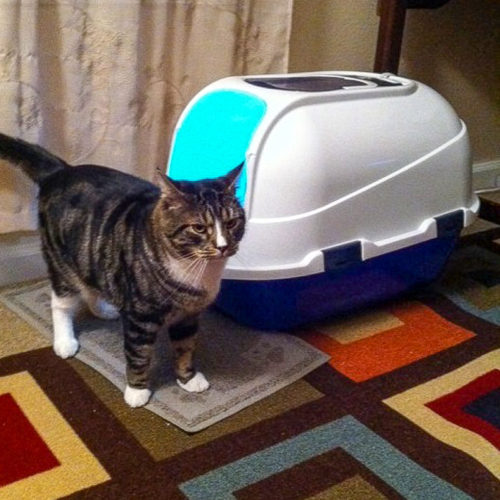 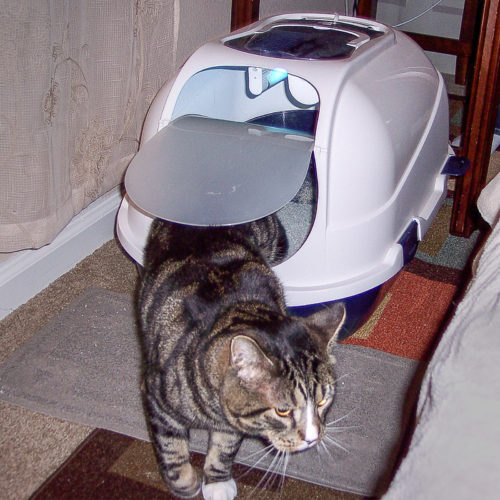 The lightly opening semi-transparent door will not let out too much light. 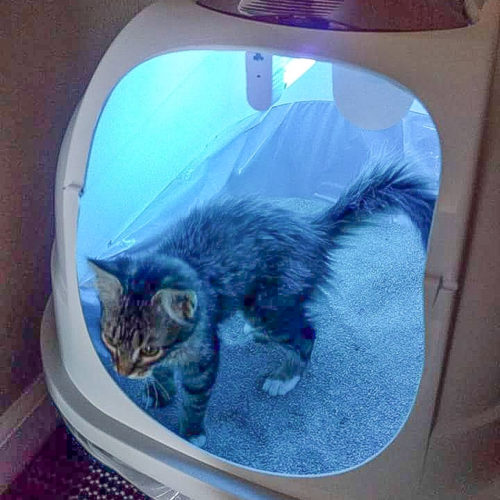 Easy odor cleaning of the toilet is also thanks to the simple attached light system. 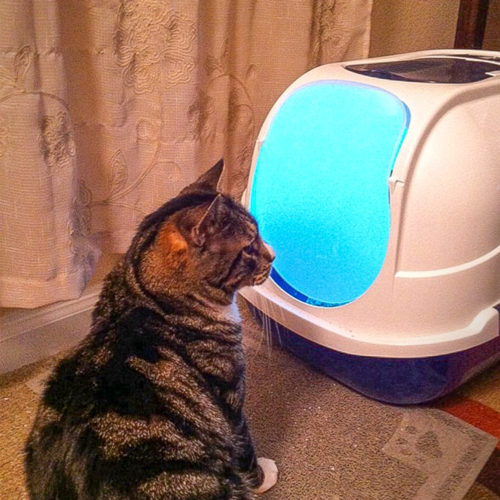 Humans will love the odorless toilets as will their owners (the cats).